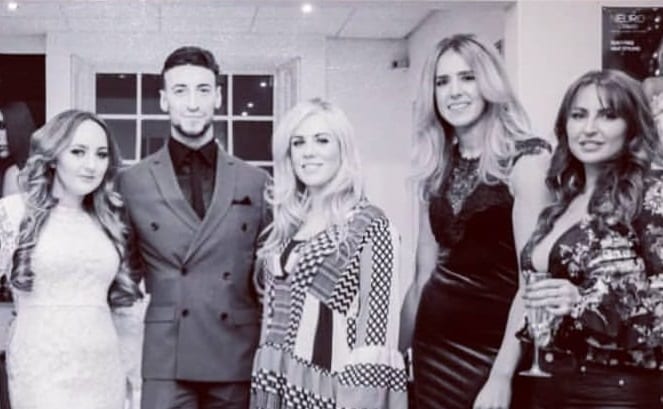 26 year old Aaron Jones joined Mode 7 years ago as a 19 year old who had lost his way since leaving school, in fact it was his probation officer who recommended he attend an interview at Mode to find out more about a hairdressing apprenticeship.

It took Aaron a while to get into a routine and swap his lie ins for early mornings at a local salon travelling over to Liverpool every week for his college day, he dug deep and soon realised hairdressing was his passion a decision he has never regretted.

Recognition of his talent

In the Autumn of 2013 Aaron entered and won “The next big hairdresser” contest which Mode sponsored in conjunction with The Collective magazine.  His prize was a photo shoot by the talented Viktorjia of Sane Seven which featured in The Icon issue of the magazine.

He has since gone on to have his work featured as part of NY fashion week, was a finalist at Liverpool City Region apprenticeship awards in 2014 and even received commendation from David Cameron when he was Prime Minister with images being posted on No 10 twitter feed.

Aaron worked hard to build up a loyal clientele whilst working in salons both on the Wirral and Liverpool, opening his own salon was the logical next step in an already glittering career.

In November 2017 he opened the doors to his first salon Aaron Jones Hairdressing, with future plans to open more salons.

Not only does Aaron have plans to expand the salon on the first floor offering additional services including medical services, he is also planning to use his own experience of business start up to coach others starting their own business.

Aaron commented “I have never looked back since first picking up a hairdryer, Mode have supported me no end from business advice to training to promoting my work.  Hairdressing has enabled me to overcome any challenges life has thrown at me and for that I am ever grateful.”

Mode director Debbie Tagoe said ” We are all so very proud of Aaron’s achievements, he is a fantastic role model for young people. Not only is  he an extremely talented hairdresser but also a determined young man who has shown hard work and determination really does help you achieve your dreams. We wish him every success for the future”